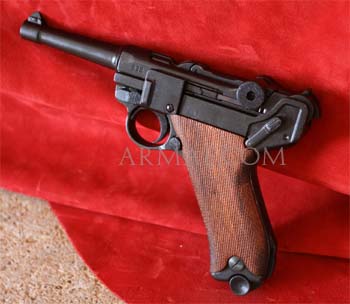 Invented by the German engineer Georg Luger, the P08 remained for long one of the best semi-automatic pistol. The first were made in 1898, but the German army will use it a bit later, in 1908 - Therefore its name P08. It was so favored by soldiers that it was produced again during WW2, and was a fine prize for allied troopers.

Weight 1,1kg. 26cm. Wood and metal. Breech can be manipulated, magazine is removable. A fine replica for a reenactment show.

× Our WWII replicas are intended for decoration an reenactment only. Triggers and breeches may be operated, but the replica cannot be modified in any way for firing. Please remember that, even if the replicas are only decorative, they are looking like real weapons, which will lead people seing them, especially security forces, to react accordingly. 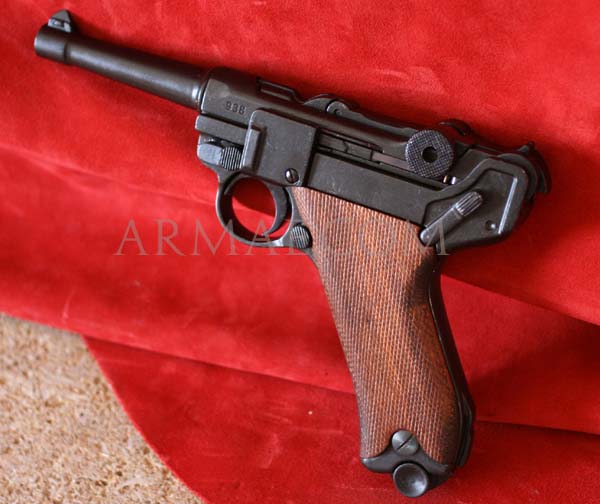 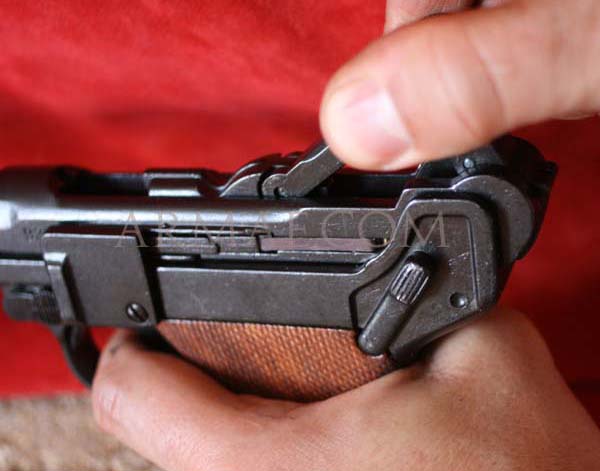