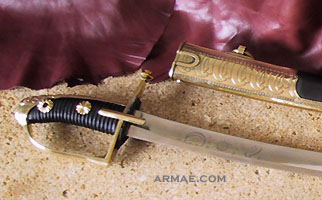 Coming from Serbia, the Hussars were elite light cavalry. This saber was made after the Hungarian general Andreas Graf Hadik's one(1710 - 1790). With 5000 men, most of them being hussar, he made a successful rush for Berlin during the 7 years war. He was made thereafter Marechal by the Habsburgs, as is written on the blade.

the general shape of this weapon was copied a lot, and the most famous Chasseur de la Garde one gets back from it. The highly decorated scabbard is perfectly fitting for a high ranking Napoleonic light cavalry officer. 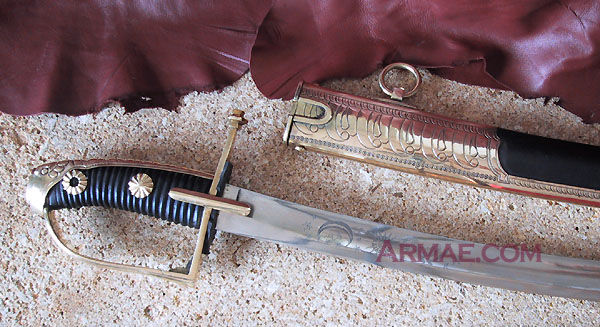 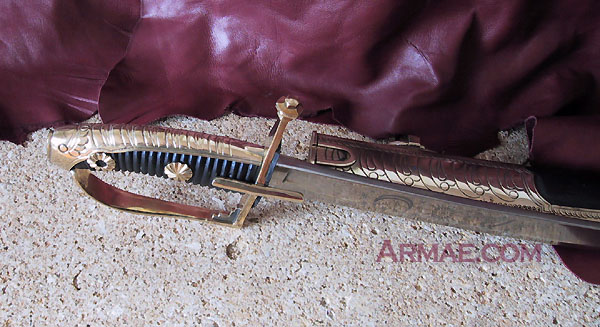 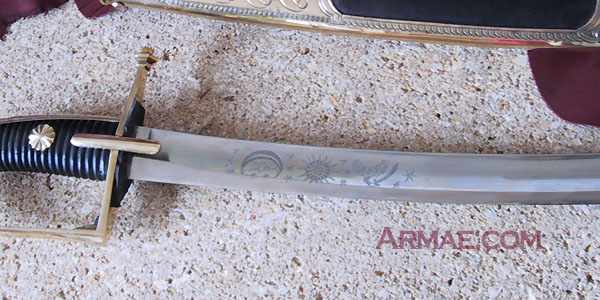