This harquebus has a very recognizable shape, which makes it an early 16th cent one. To fire, the soldier has to press the lever - coming from the ones used on crossbows - which bring a burning match to the powder.

Matchlock firing systems, such as this one, were seen as much more secure than the first flint firing devices, but could not be used during bad weather. They will disappear the following century. 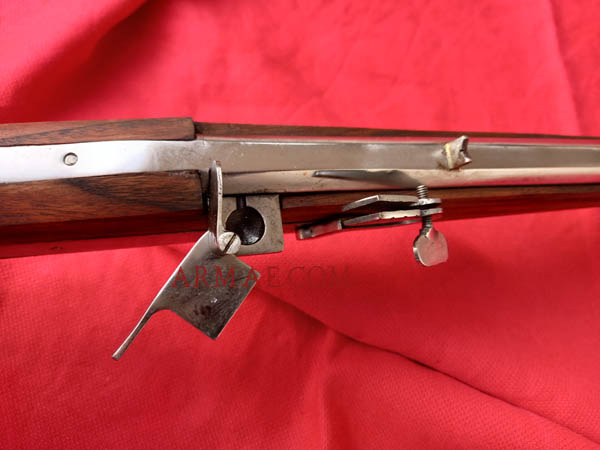 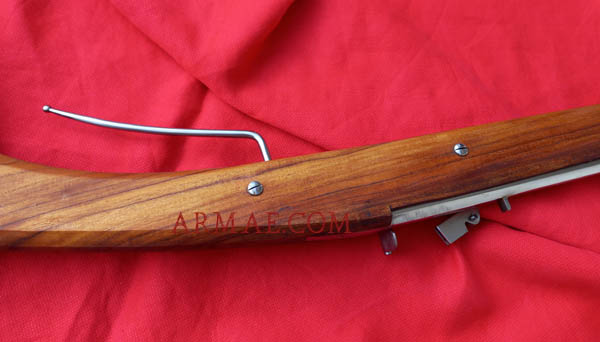 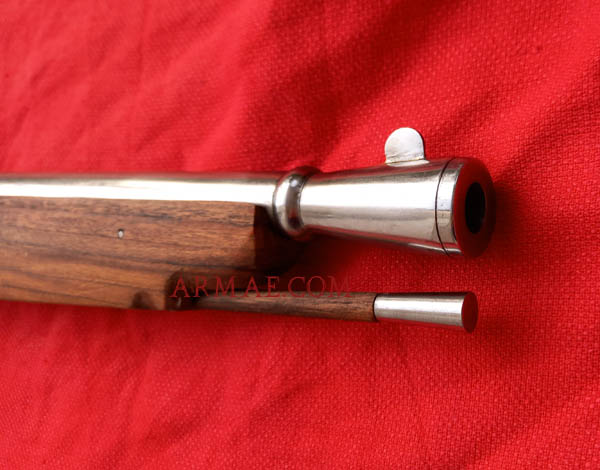 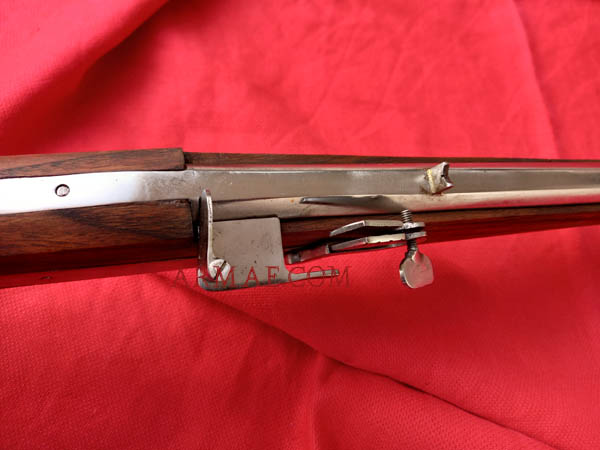 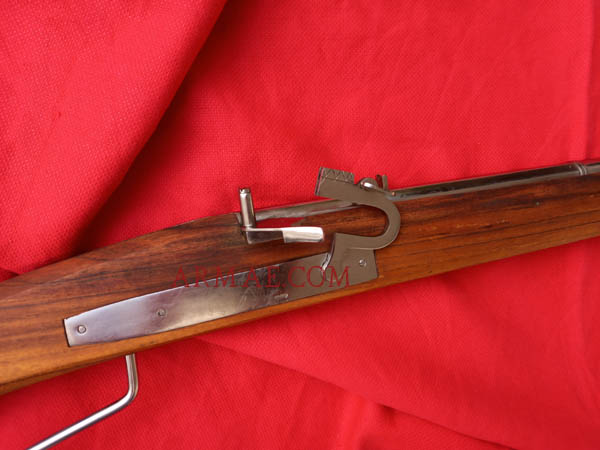