The flintlock musket replaces the matchlock ones during the second half of the 17th century. This "A la miquelet" lock was invented in Spain and Italy, and was an improvement on the first ones, with less pieces and a better reliability. It was named after the Miquelet, Catalan mercenaries. Such weapons were so used by almost all European armies.

The next step will be mass production and standardization, and the use of the bayonet (se our 18th centuries muskets)

Length 145cm, weight 4.00kg. 19mm caliber. The frizzen cover is case hardened, and the seamless tempered barrel is made of high carbon steel (type:BS970 no.080M40). The breech is threaded 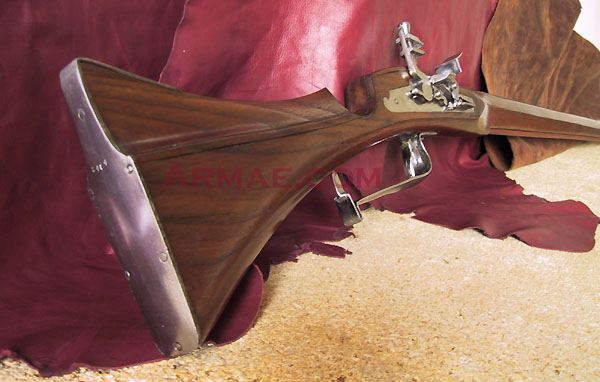 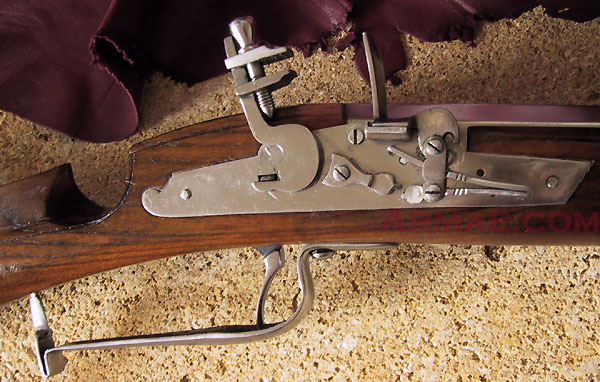 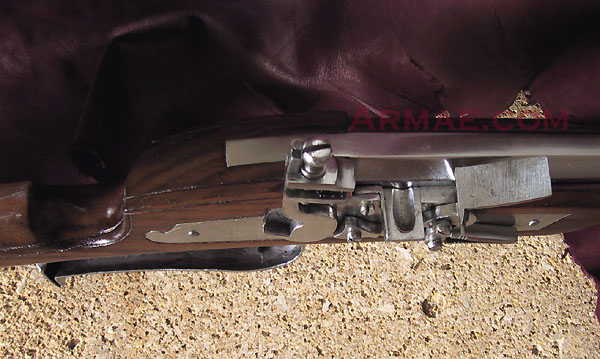 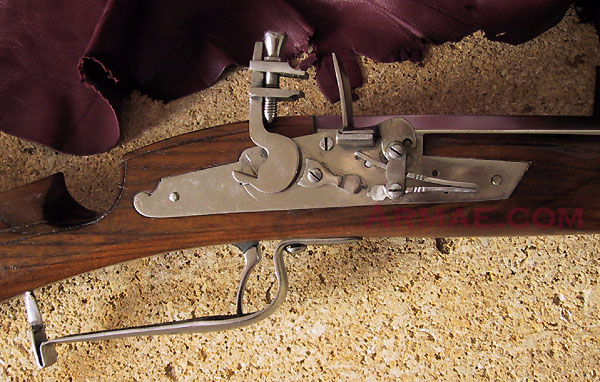 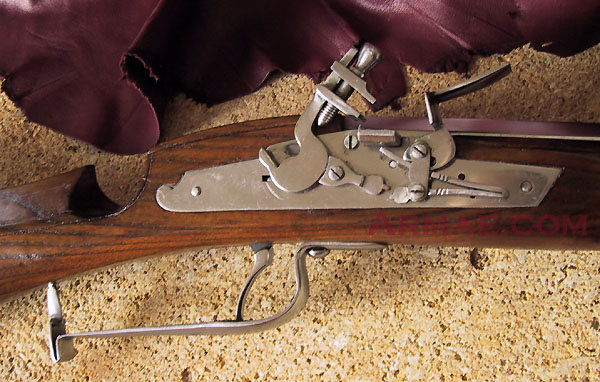 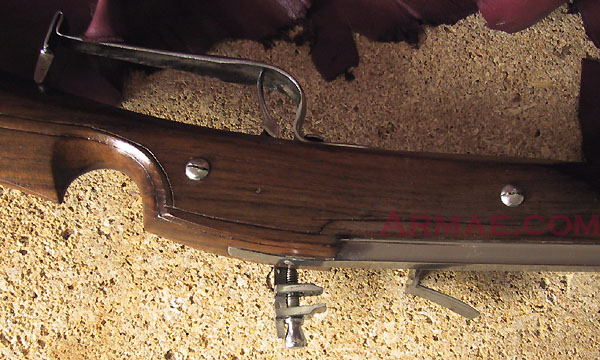