The beginning of the 18th century showed a great improvement in the French army muskets, with the establishing of a standardized model, the 1717. He was soon modified under M de Vallière, to become the 1728 musket. This weapon is a fine example of the elegant curves in musket stocks in the early 18th century. Note especially the shape of the butt.
He will be improved again in the 1740s, with the standardized use of a steel ramrod in 1743 and, after 1746, the removing of the pan/frizzen bridle. This another copy is soon to be sold.

This weapon was carried by the majority of French troops during the French and Indian War, including the well known "Compagnies franches de la Marine" and the "Regiment de Béarn".

In France, the story of the 1728 ends in 1763, when it is replaced by a shorter a lighter musket, the Charleville. In North America, its career carries on, for the French government sold some of them to the US army, which used them during the independence wars

Length without bayonet 156cm, weight 4.00kg. 18mm caliber. The frizzen cover is case hardened, and the seamless tempered barrel is made of high carbon steel (type:BS970 no.080M40). The breech is threaded 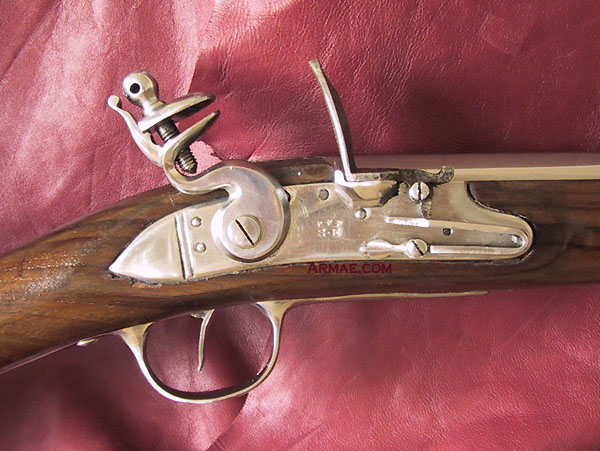 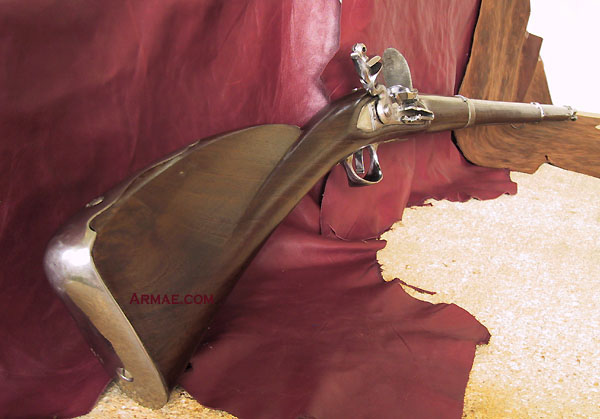 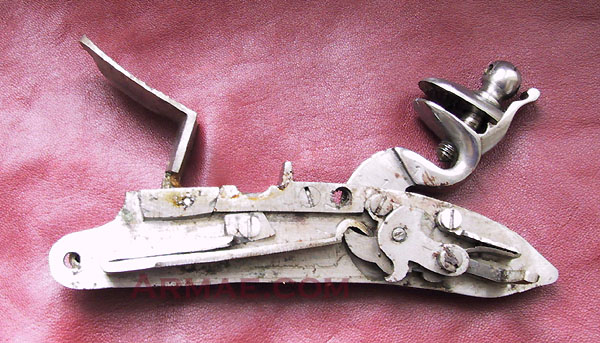 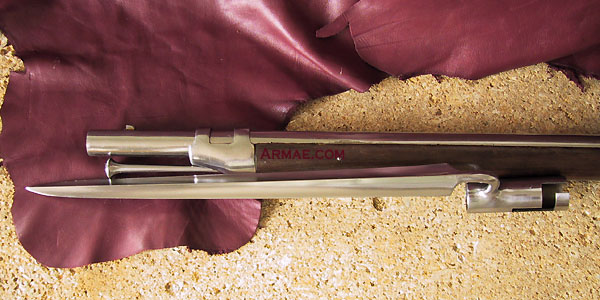 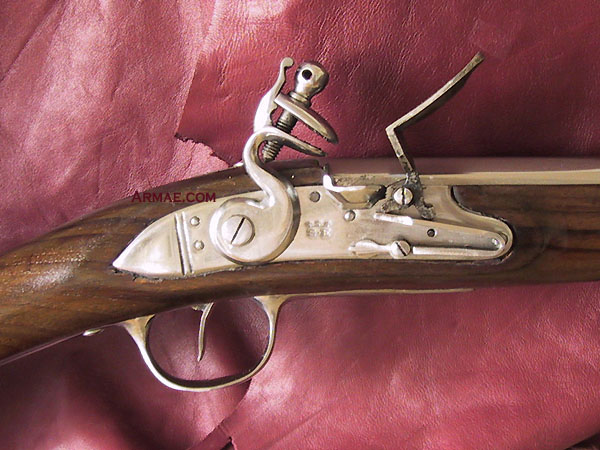 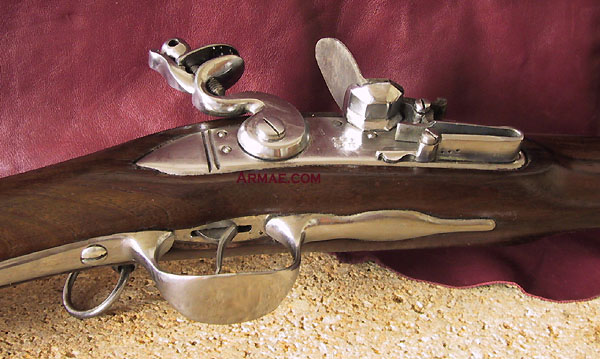 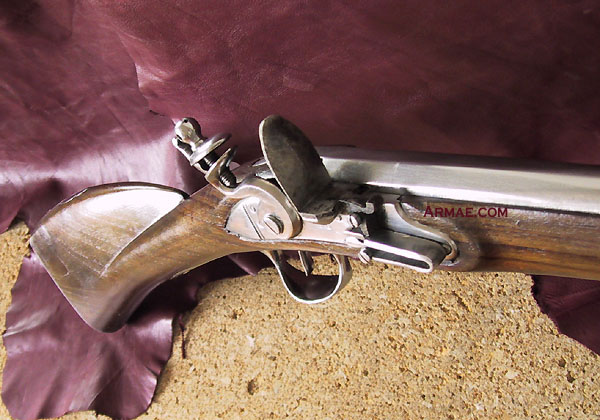 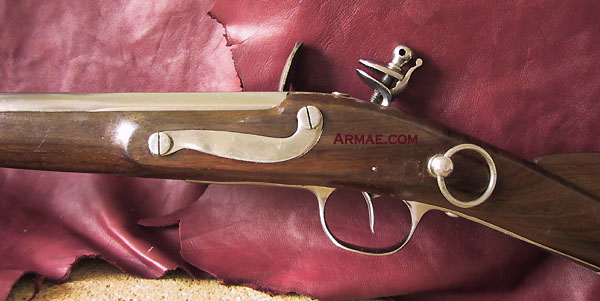